What is Iron Deficiency Anaemia? 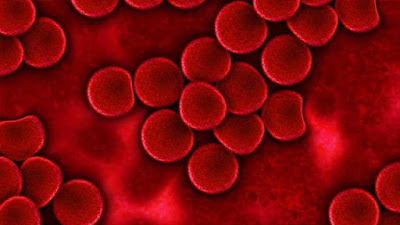 Iron deficiency anaemia, sometimes referred to as IDA, is a common condition that occurs when the body lacks sufficient iron leading to reduction of the red blood cells. This is because iron is a vital component in the production of the red blood cells. The low iron could be as result of low intake of dietary iron, poor absorption of iron from food or due to blood loss.

Red blood cells, whose function is to transport oxygen throughout the body and to carry carbon dioxide back from the tissues to be removed, are mature blood cells that contain haemoglobin. Haemoglobin is a iron rich protein that gives red blood cells their characteristic bright red colour and it’s responsible for this transport.

Without sufficient iron, the body is unable to make enough of this haemoglobin in the red blood cells, leading to iron deficiency anaemia. As a result, the red blood cells become small and pale affecting oxygen transport to body organs and tissues..

IDA is just one of the several forms of anaemia out there. Other common types of anaemia include:
These occur as result of other causes including nutrient deficiencies other than iron.

Most people with iron deficiency anaemia show few symptoms. The symptoms may be noticed immediately or may develop slowly if they’re caused by a long term underlying problem. Some common symptoms include:
You should always see your doctor if you experience such symptoms or suspect to be anaemic. A quick simple blood test can be carried out to confirm whether you’re anaemic or not.

Blood loss is the major cause of iron deficiency anaemia.
Some significant ways through which blood loss can cause IDA include:

It common for pregnant women not receiving adequate iron to develop anaemia. This is because of the increased demand for iron from the pregnancy to ensure the baby gets enough oxygen and nutrients for growth and development.

It’s for this reason that pregnant women receive iron supplements during pregnancy. For instance in Kenya the Ministry of Health runs the IFAS (Iron Folic Acid Supplementation) programme as part of Antenatal Care (ANC). Please consult a health facility near you for more information.

Though rare with the exception of pregnant women, insufficient dietary iron intake can cause iron deficiency anaemia. According to some studies, vegetarian or vegans are at more risk of developing anaemia due to the lack of meat, a rich iron source, in their diets.

Some diseases e.g. cancer and kidney diseases, can make it difficult for the body hard to make red blood cells. Also treatment of some of cancers can damage red blood cells or the organs responsible for producing them (bone marrow).

HIV/ADS patients can be affected by anaemia due to destruction of the red blood cells through infection or treatment used.

Some intestinal conditions (e.g. coeliac disease) may reduce the ability of the body to absorb iron leading to iron deficiency anaemia. Poor absorption may be also caused by poor dietary practices. This will be looked in the next article on prevention and treatment of IDA.


Next : Prevention and Treatment of Iron Deficiency Anemia

The prevalence of the obesity has been on a steady rise globally, both in developed and developing countries. Those most affected tend to be those that reside in urban areas. Obesity can affect people at all ages including children, but women tend to be more likely to be obese tha…
Post a comment
Read more