Gout is a type of arthritis that affects mostly men. Arthritis is a general term for inflammation of joints which causes them to be painful and swollen and can be caused by different factors. Gout was historically referred to as "a disease of the kings" or "the rich man' s disease" due to the expensive diet (meat and lots of alcohol) that was associated with it.

Gout is caused by accumulation of uric acid in the body. This leads to deposition of uric acid crystals inside and around the joints causing severe pain and swelling.
The uric acid we refer to is formed when substances called purines are broken down by your body. Purines are made by our bodies but can also be found in our diet especially in meats and sea foods. Ideally the kidney removes this uric acid, however if you’re producing very high amounts or if the kidney is not functioning well, the uric acid accumulates in the body leading to deposition of the crystals.

What are the signs and symptoms of Gout?

Gout can affect any joint in the body but it’s more common in those found in the hands and legs. It also can attack more than one joint at the same time. These joints include:
Signs and symptoms of gout include:
You should always see your doctor if you suspect you’ve Gout. Early diagnosis and treatment of gout can prevent further pain and other complications.

What increases your risk of developing Gout?

Factors that may increase your risk of developing gout include: 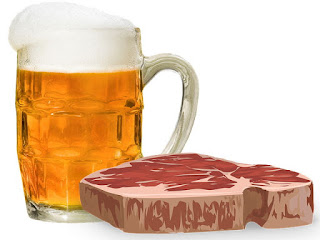 Taking too much alcohol increases uric acid levels in the body. Beer and spirits have a more effect in this than wine.

Studies have shown that gout can be inherited.

Some medication may increase uric acid levels in the body increasing one’s risk of developing gout.

Some studies have linked high consumption of sugary soft drinks with an increased risk of developing gout.

Next: Prevention and Management of Gout