Diabetes | The Not So Sweet Sugar Disease 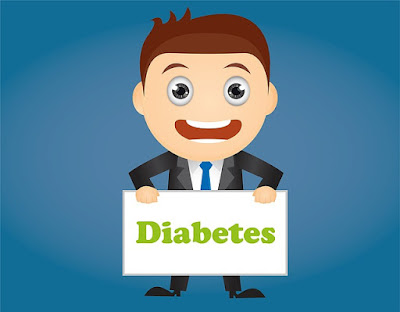 Diabetes is a common chronic condition that affects the levels of glucose (sugar) in your blood. It occurs when the body is not able to produce enough insulin or when the body cannot use the insulin it produces properly.

Insulin is a hormone that is produced by the Pancreas – an organ that lies just behind the stomach. Insulin together with other hormones helps to regulate the level of glucose in your blood. This glucose comes from the food we eat and it’s what fuels our cells.

When the levels of blood glucose rise, like after a meal, it’s the work of insulin to move this glucose from the blood into the body’s cells where it’s oxidized to produce energy or converted and stored as glycogen or fatty acids for future use.

When the levels of glucose in the blood fall, the body stops secreting Insulin and instead releases this stored glucose with the help of another hormone called Glucagon, also produced by the pancreas. It’s therefore very important that Insulin works properly because low or high levels of blood glucose are harmful to the body.

There are two main types of Diabetes:
There’s also a third type of Diabetes called Gestational Diabetes which sometime occurs in pregnant women but usually disappears after giving birth. Also there’s what is called Prediabetes, which is a condition where one has blood sugar levels above the normal range but not high enough to be diagnosed as Diabetes.

Type 1 Diabetes was previously known as insulin-dependent or juvenile/childhood-onset diabetes. It occurs when the body’s immune system destroys the insulin producing cells resulting in deficient production of insulin. The exact reason why this happens is not known and as a result it’s not preventable with current knowledge. A person with Type 1 Diabetes therefore requires daily administration of insulin. Type 1 diabetes is usually seen in people under the age of 40 and often in early childhood.

These symptoms may occur suddenly.

Type 2 diabetes, previously known as non-insulin-dependent or adult-onset diabetes, accounts for the majority of people with diabetes (85 - 95%) globally and is strongly associated with overweight, obesity and physical inactivity. It occurs as a result of the body’s ineffective use of insulin (insulin resistance) with or without insufficient production.

Symptoms usually develop very slowly and as a result the condition may be diagnosed much later when complications have developed. In some people the symptoms may be very mild and in some few, not at all present causing the disease to go unnoticed.

The symptoms are usually the same as those of Type 1 but take more time to develop and are less pronounced.

Type 2 Diabetes used to be seen only in adults (over 40) but in recent times it’s increasingly being seen in young adults and teenagers. The condition is however preventable and reversible in the early stages through weight loss, proper nutrition and increased physical activity.

Gestational diabetes occurs in pregnancy when the blood glucose levels are higher than usual but below those required to diagnose diabetes. Women with this condition are at an increased risk of developing complications during pregnancy and at delivery.

Furthermore, they and their children are also at risk of type 2 diabetes in the future. Gestational diabetes is diagnosed through screening during prenatal visits and not through symptoms.


Next: Prevention and Living with Diabetes